For Dubliners, Dun Laoghaire means several things – a little pop into this coastal town for ice cream (the old favourites Teddys and Scrumdiddly’s score high), or a great catch up with friends over equally great coffee. Or perhaps nothing better than people watching on a sunny day at People’s Park or a walk down the pier. Some of us even say, “I just came for some fish and chips, and a pint by the sea!”

It’s always been a favourite, but now it’s been voted as Europe’s Greatest Town 2022. The Great Town 2022 award for Dun Laoghaire is presented by the Academy of Urbanism and these awards are the Academy’s primary platform for recognising and celebrating outstanding examples of good urbanism across the UK, Ireland and Europe.

Receiving the award, An Cathaoirleach Councillor Mary Hanafin said, “Dún Laoghaire is delighted to be awarded best large town / small city by the Academy. The judges were particularly impressed with the energy in the town, the political and executive leadership, the inclusive nature of voluntary and business groups and the willingness to incorporate active travel, landmark buildings like the Lexicon and our natural environment into a vibrant town. Nominees for awards included Inverness, Trieste, and Malaga, so this award for Dún Laoghaire is very significant for the whole community.”

Dún Laoghaire was chosen by the Urbanism Awards for the Coastal Mobility Cycle Route and Village public realm project; connecting urban villages, bathing places, walks and parks along the coast.

Frank Curran, Chief Executive said, “Dún Laoghaire winning the Academy of Urbanism, Great Town award 2022 is recognition of what has been achieved by the Council working closely with local communities, businesses, and other partners. The Academy’s assessment referenced the creation of lively urban spaces that people value and use and the flourishing shopping street with a broad range of retail and services. I am delighted Dún Laoghaire received this award.”

It’s also particularly striking that the report that makes the case for Dun Laoghaire as a winner recognises the fact that it possesses great local character: “Dun Laoghaire is a quintessentially Victorian town with some fine, protected 19th Century buildings and parks. Its character is largely determined by its coastal location giving it the feel of a resort without the dominance of tourist honey traps. It has several sailing and watersport clubs serving different sections of the community, and now the largest yacht marina in Ireland.

Its main shopping streets have an interesting mix of independent shops, bars, cafes, and workspaces, but it avoids being hip and exclusive and provides services appropriate to the social mix of the town. The centre is dominated by a 1970s shopping mall but, this does not detract from the character of the town and potential for further integration is being pursued. New developments of offices, private and social housing are designed sensitively and respect the scale of existing buildings.”

Isn’t this exactly what most of us would say about Dun Laoghaire? Such great local character, such a vibe! If you have a favourite thing to do at Dun Laoghaire, or a lovely memory, do share with us. And if you’re visiting Dun Laoghaire, and want a handy tourist map, it’s right here for you! It will charm the socks off you, we promise. 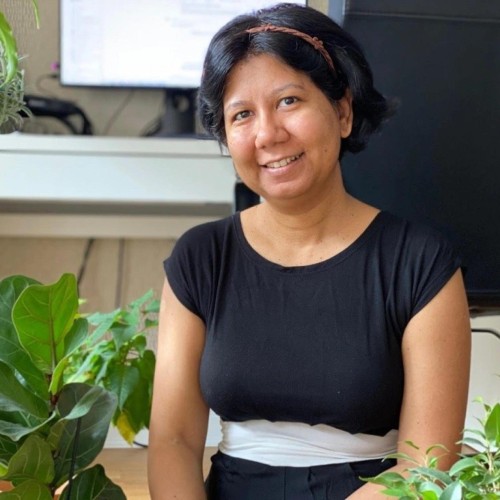 Prerna Shah
Previous article
Pop In To A Pop-Up For Chocolates, Candles, Unique Gifts & Craic!
Next article
Good News You Could Use: Live Crib Finds A New Dublin Location

If you're going to be up and about this Bank Holiday weekend, exploring the different events, talks, offers, and programmes being held in honour...

There has been a growing backlash towards Valentine's Day in recent years, with an 'anti-valentines' sentiment becoming popular. Etsy, the popular online marketplace has a...

Taken, single or engaged – This Valentine, learn how to wear the Claddagh Ring